Liberia is a republic situated on the western coast of Africa bounded by Sierra Leone to its west, Guinea to its north and Ivory Coast to its east. It covers an area in excess of 100,000 sq. km and has a population of more than 4.5 Million. This population includes 16 indigenous ethnic groups and many foreign minorities. English is the official language in Liberia however in addition to English, more than 20 indigenous languages are widely spoken throughout the country. Liberia’s capital Monrovia is the main airport and seaport for links with the outside world.

Liberia has a GDP of approximately US$ 2 Billion. Liberia’s reform minded government has succeeded to position the country on a path of growth despite the challenging economic environment prevalent internationally. Reforms have been instrumental in removing some of the trade barriers, simplify business licensing, ease credit restrictions and contributed in achieving an average growth rate of over 6% over the past five years. 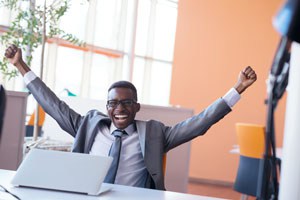 Liberia is rich in natural resources, including rubber, mineral resources and iron ore. Liberia also has a long rich history of textile arts and quilting. The Central Bank of Liberia (CBL), is responsible for achieving and maintaining price stability in the Liberian economy. Liberian Industrial Free Zone Authority (LIFZA) promotes economic growth and development within Liberia and provides incentives to multinational corporations to establish their operations in Liberia. Liberia has also started the process of offshore oil exploration with oil reserves estimated in excess of 1 billion barrels.

Liberia has a flag of convenience status because of which it has the second-largest maritime registry in the world with over 3,500 vessels registered under its flag. This accounts for 11% of ships registered worldwide.

An effective ERP Software plays a critical role in enabling Liberian enterprises to effectively manage their businesses within Liberia and beyond. An ERP Solution is a powerful Enterprise Automation Software with a comprehensive set of global functionalities that helps in streamlining the business processes of an enterprise, reducing resource wastage and increasing the productivity and competitiveness of an enterprise.

An ERP Software is the perfect Business Management Software for an enterprise that wants to compete on a global scale, enhance its profitability and improve customer satisfaction by offering better products and services at an extremely competitive price.

ebizframe ERP, Africa’s favourite ERP, captures and provides access to real-time data which is critical for running a business effectively. ebizframe ERP presents the operational health of an enterprise to the Management in an extremely user-friendly manner so that well-informed decisions can be taken by them promptly.

ebizframe10, the latest version of ebizframe ERP takes Enterprise Automation to a totally different level. ebizframe10 features user-defined workflows, an extremely user-friendly and easy to use User Interface (UI), Dashboard Analytics and so much more. ebizframe10 users also have access to a unique RepStore which is a repository of reports available for download as per their convenience. ebizframe10 ERP is SMAC (Social, Mobility, Analytics and Cloud) enabled and brings an enterprise closer to its business partners by enabling social media collaboration.