Angola located in Southern Africa is bordered by Namibia to the South, the DRC to the North and East, Zambia in the East and the Atlantic Ocean to the West. The country extends over an area of 1,246,700 sq. km. Angola’s capital is Luanda. Angola is a highly multi ethnic country and its 24.3 million population spans various tribal groups, customs, and traditions. Portuguese is the official language of the country.

Over the past decade Angola has become a stable, unitary presidential republic which has led to rapid economic development. Angola has vast mineral and petroleum reserves, and its economy is among the fastest growing in the world. Angola enjoys a GDP (PPP) of US$ 194 Billion. 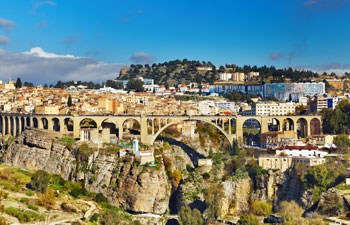 Angola is rich in minerals and natural resources like diamonds, oil, gold, copper, etc. It also has rich wildlife, forest, and fossils resources. Oil and diamonds have been the most important economic resource and make up 60% of Angola’s economy, almost all of the country’s revenue and are its dominant exports. Angola has been witnessing a rapidly growing and diversifying economy over the past decade and substantial funds are also being allocated to modernize its infrastructure. Angola has shown impressive growth in agriculture and other non-oil sectors in the recent years. It has a strong financial and banking system and its economy promises to grow at an annual rate of 5% for the next few years.

Powerful IT solutions like an ERP Software Angola have played an influential role in determining the economic progress of Angola and taking it on the route of rapid growth and development. The standardized processes of an ERP System ensure that an organization adopts world class business practices and processes and all its functions get integrated seamlessly.

A modern ERP Suite provides a comprehensive dashboard which helps in the constant monitoring and management of the entire organization. An ERP Software also reduces duplication errors and ensures optimum efficiency across all the business processes. By replacing several paper based processes in an enterprise, an ERP System helps in reducing the carbon footprint of the enterprise significantly. 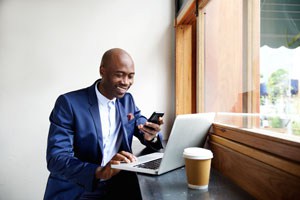 ebizframe10, the latest version of ebizframe ERP, is a next generation ERP System in Angola with role specific dashboards and user-defined tickers. ebizframe10 ERP generates alerts at various stages which can be accessed 24*7 on any device, as it is a device agnostic system, thereby ensuring that the senior management can have full control over the business anytime, anywhere. ebizframe10 ERP is completely web-enabled and can be implemented securely On-Premises or On-Cloud as per the business requirement. It has been developed using the most advanced technology platforms and can be quickly configured and implemented for almost any industry vertical.

ebizframe ERP, Africa’s favourite ERP has been automating public and private enterprises across Africa for over a decade and making them more productive and globally competitive.

To know more about how ebizframe10 ERP Angola can help your organization become more efficient and globally competitive, please write to us at marketing@ebizframe.com.